What are the Eisner Awards? Good question.

The Will Eisner Awards are the Oscars of the comic book industry. They bring in the best of the best from all publishers, from behemoths like Marvel and DC to the artsy little-guys, like Fantagraphics and Drawn and Quarterly. They reward innovations and progress made in the industry, and this year looks no different.

Why do the Eisners matter?

Whether we like it or not, competitions like these act as gatekeepers for what’s considered “good” and “great.” For better or worse, winning awards adds legitimacy to movements, even within the comics industry. In 2016, Kate Beaton proved women were funny by winning Best Humor Publication at the Eisners with Hark! A Vagrant, a history-inspired online comic strip. That same year, Noelle Stevenson won for best adaption when she put her senior thesis into print and produced Nimona, a story about two gay knights and a sassy shape-shifter. Awards for these kinds of stories are the next best thing to buying them, in that they make publishers and creators want to produce more stories like these that encourage representation both behind and on the page.

We’ve put together a guide to the major categories to help readers familiarize themselves with the themes for this year. Nominees have skewed indie, with comics like Black Hammer, stories that rehash old tropes, finding more spots than last year’s Marvel-heavy nominees. This is encouraging, because small publishers seem far friendlier to women and all creators than larger, more corporate publishing companies. Fewer of the Rebirth titles from DC were selected than expected, though they are represented in more categories than are shown here.

The “One Shot” category are for comics that might be serialized or off-shoots of existing titles. 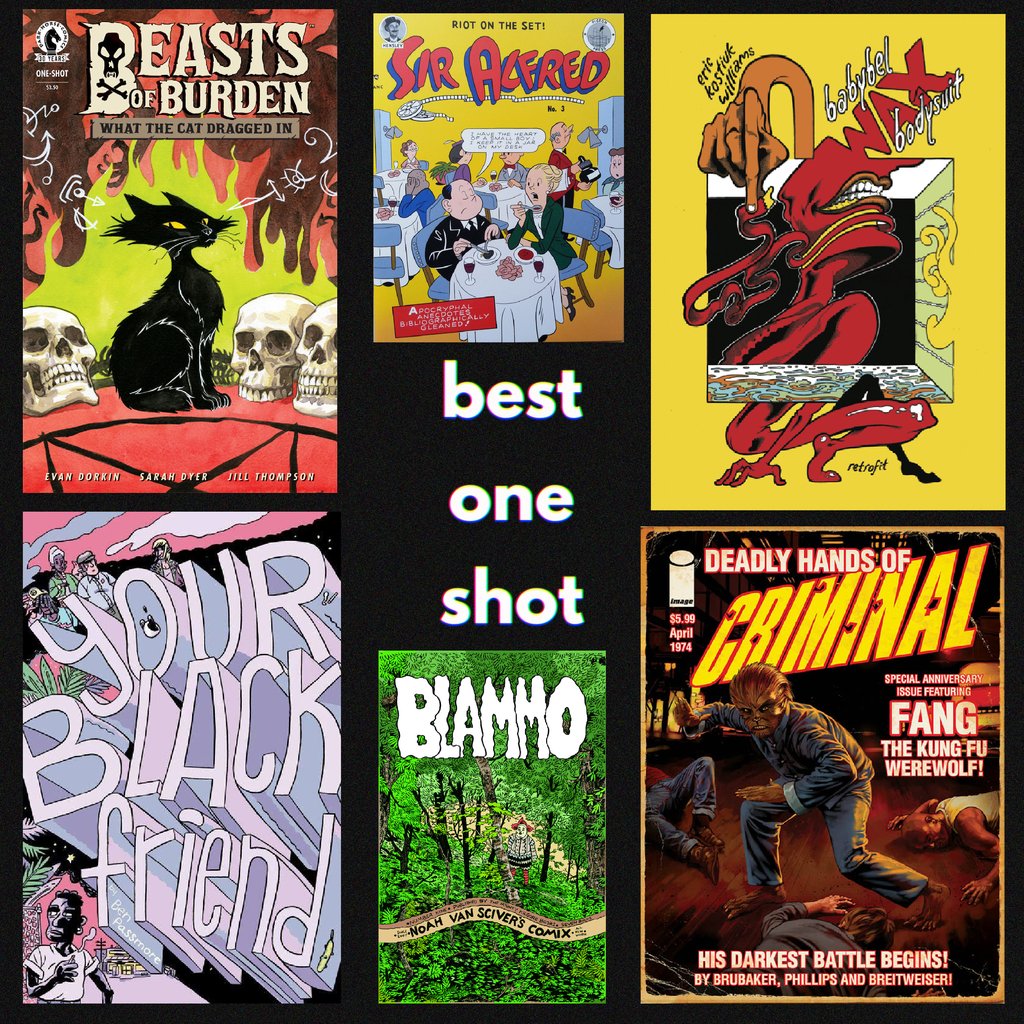 “Best Continuing Series” gives credit to comics that have been in print for more than a single year. That might mean Kill or Be Killed, which came out late last year, or Astro City, which has been in print since the 1990s. 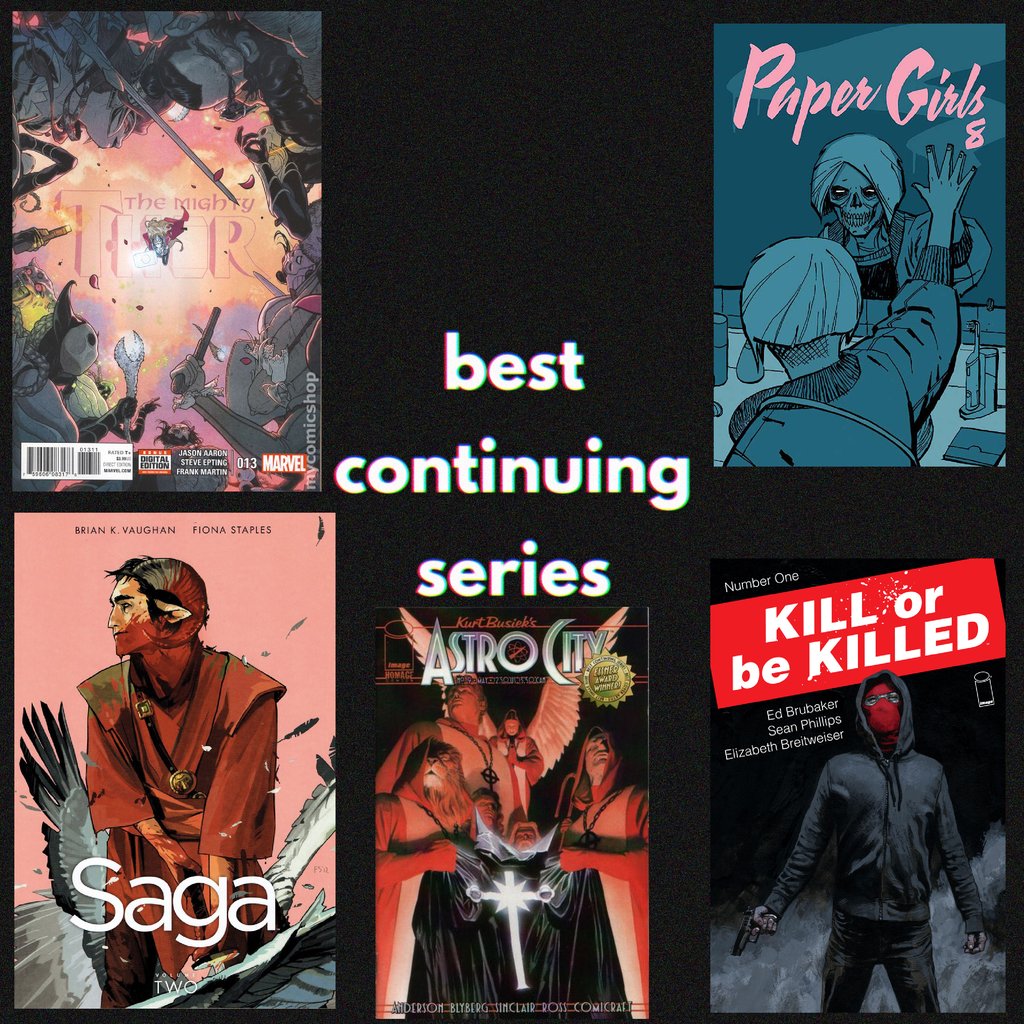 “Best Writer” only has one woman nominated this year, but that woman is also Chelsea Cain. Cain was chased off Twitter this year by online harassers after her last Mockingbird issue featured the titular character wearing an “Ask Me About My Feminist Agenda” shirt. It’s nice to see the establishment acknowledging her work as legitimate, but it also feels like a thrown bone. 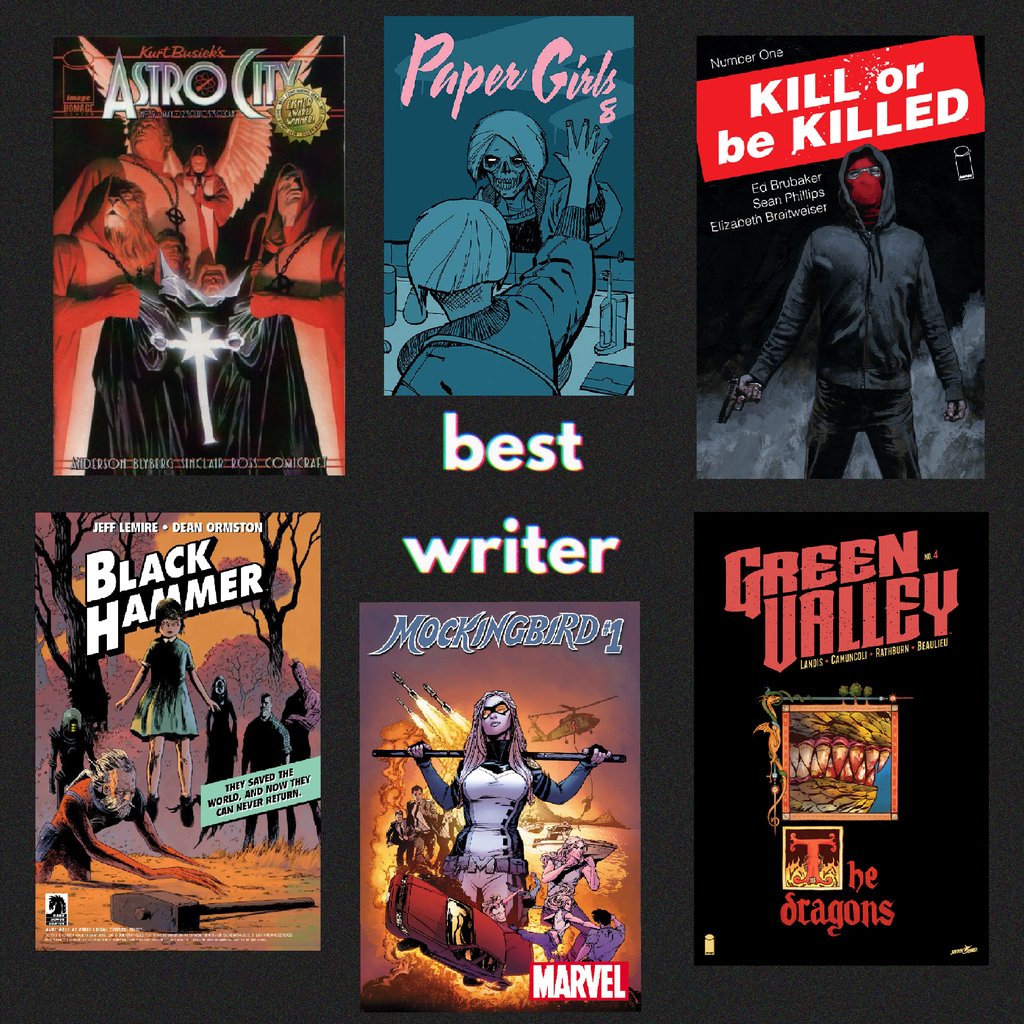 “Best New Series” highlights the breakout stories from across the industry. Innovative work this year features a broad range of comics, from an appreciation of the classic in Deathstroke: Rebirth to the artsy-hipster stories of Black Hammer and Clean Room. 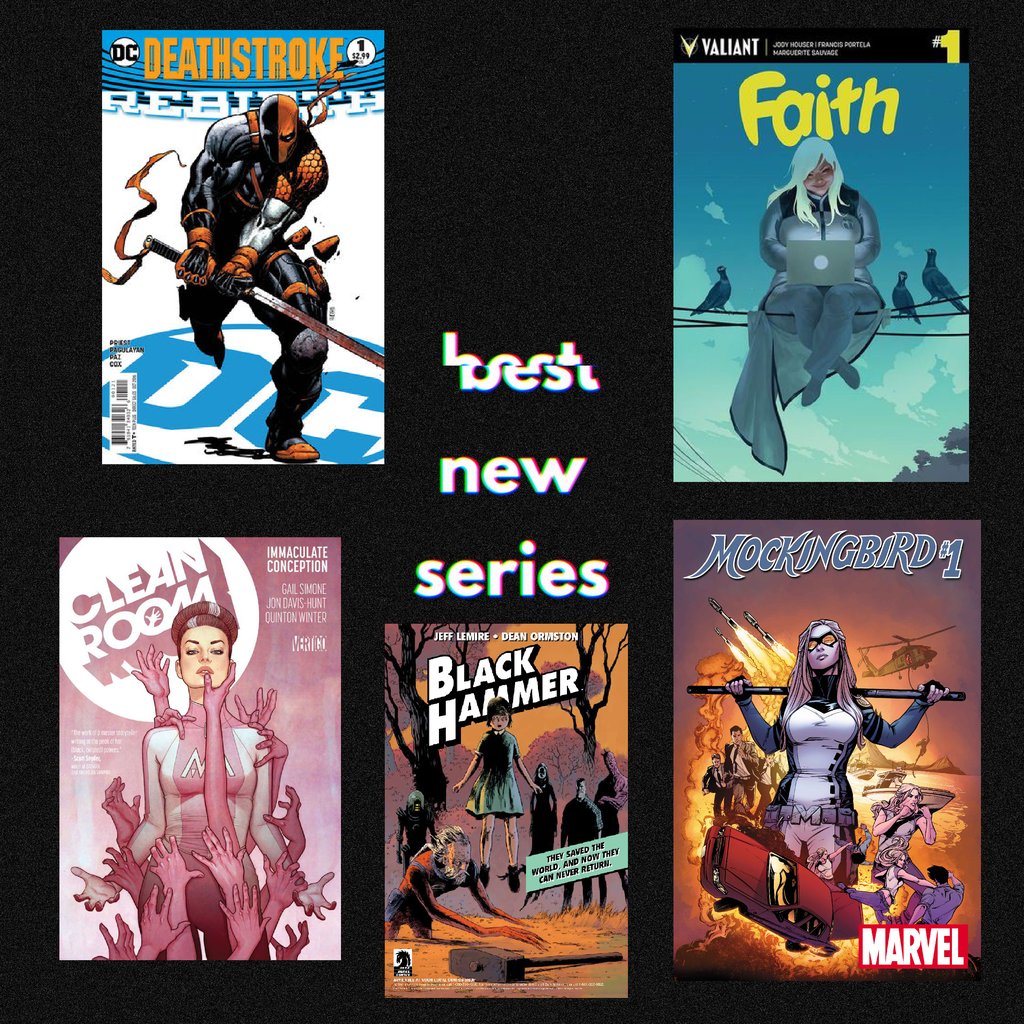 “Best Interior Artist” shows an extremely wide range of storytelling techniques, from the esoteric in Black Dog to the bright and classic in Beasts of Burden: What the Cat Dragged In. 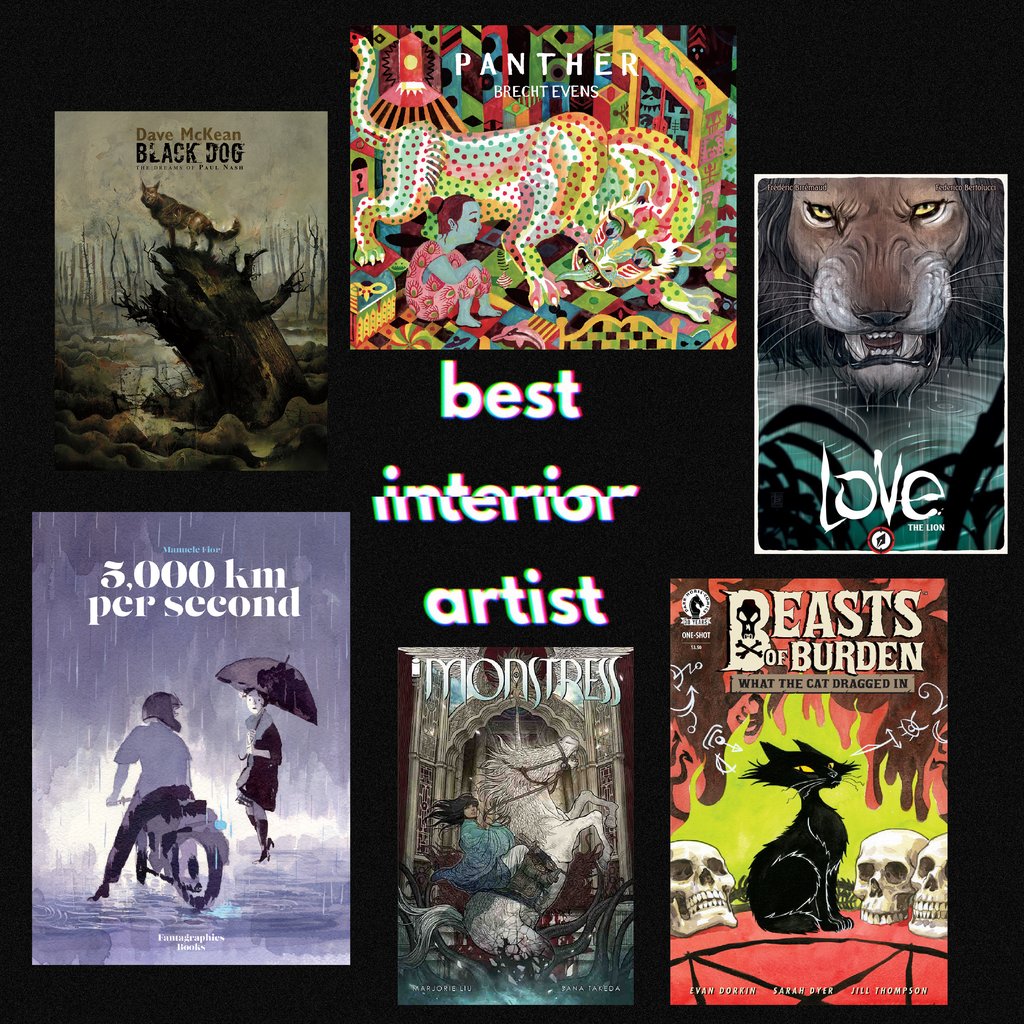 Awards will be given out July 21st.  To vote, and for or a more comprehensive list of categories and nominees, check out San Diego Comic-con’s website.