A guilt-ridden Hugh Jackman is one of the last mutants left in Logan, the third Wolverine spinoff from the X-Men movie franchise. The premise of the film is loosely based on Mark Millar’s popular mini-series “Old Man Logan,” which ran in 2008. According to Vox.com, in this movie Logan feels responsible for the deaths of the other X-Men and those close to him. The tragedy of the guilt he carries lies with the irony that he can heal himself physically in every way possible, but cannot heal his mental trauma.

The aging of the character and his storyline in this film will mark the end of an era for Jackman’s beloved Wolverine, which will likely take the form of an emotional climax in the movie. Johnny Cash’s “Hurt” is used in the first Logan trailer to emphasize the dusty Western tone of the film, which director James Mangold explained is key to its identity.

“The real driver in all these decisions is trying to separate ourselves, in an accurate way, from the other superhero movies. We think we’re going to deliver something a little different and we want to make sure we’re selling audiences on the difference … [Cash’s] music, in a way, separates us from the standard, bombastic, brooding orchestral, swish-bang, doors opening and slamming, explosions kind of methodology of some of these movies.” Mangold told Collider.

Fans everywhere are in tears over the trailer, which was released earlier today. Jackman’s final Wolverine performance is proving to be an emotional topic on Twitter, and many fans are raving that they were compelled to watch the trailer multiple times for the finality of it to sink in.

The #Logan trailer is perfect. I'm already in tears knowing that this would be the last film seeing Hugh Jackman as Wolverine.

#Wolverine #Logan #HughJackman I have already watched the trailer 8 times, and I cry every freaking time. I love it.

I always get the feels everytime I watch the #Logan trailer pic.twitter.com/u9hfcPxLyw 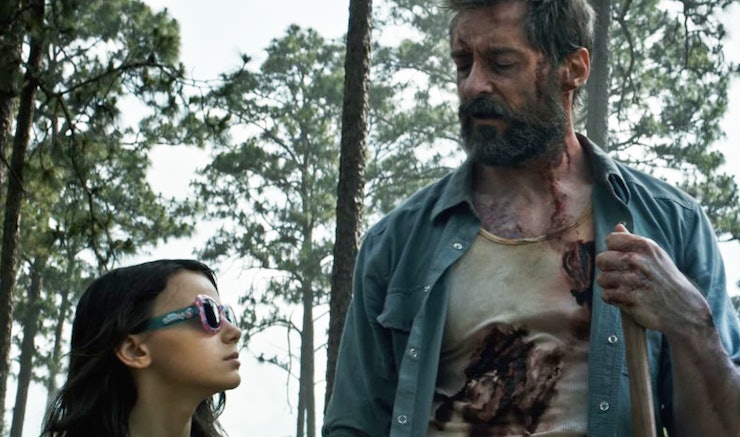 Luckily, there’s a silver lining to accompany the nostalgia. The trailer introduces a new mutant character, X-23, a young girl who Charles describes as being very similar to Logan. A few of the clips shown in the trailer tease that there will be some lighthearted and vulnerable scenes between Logan and X-23 where a father-daughter-like relationship is likely to form.

With the emotional farewell of Jackman’s Wolverine, will there be a shift in focus to X-23 for the remainder of the movie franchise? Only time will tell–and, well, the movie. We’ll see what happens when Logan hits theaters on March 3, 2017.